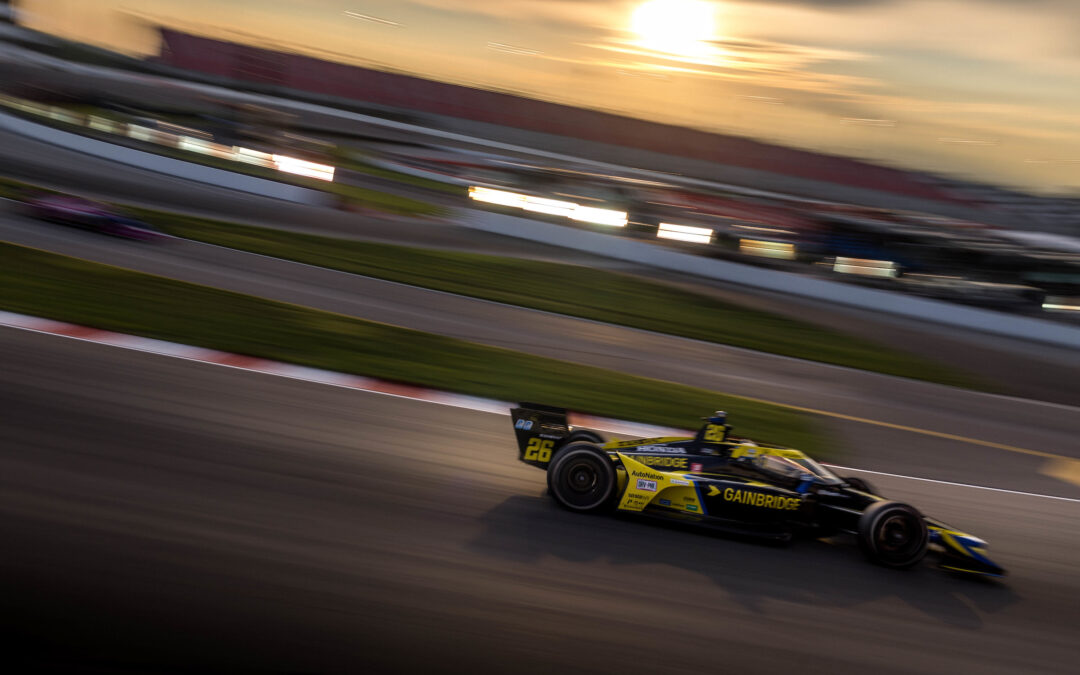 The start of the race took place without issue for the team as the field of 26 remained essentially unchanged. It wasn’t until the No. 27 of Alexander Rossi ran out of fuel on the way to a pit stop, putting the driver multiple laps down, that the field began shuffling position. With 217 of the 260-lap race completed at World Wide Technology Raceway, rainy conditions caused a red flag. The restart brought the cars back alive with cooler temperatures as the sunset. With only 36 laps remaining, the Andretti Autosport foursome would stay in position for the remainder of the race.

Colton Herta had a largely uneventful race qualifying and finishing 11th in the No. 26 Gainbridge Honda.

“We didn’t really have much pace today, unfortunately. On a straight-up strategy in pace, we probably maybe could’ve fought into the top 10. Just shy a little bit; we’ll look at what we did wrong and how we can make it better and hopefully perform stronger next year.”