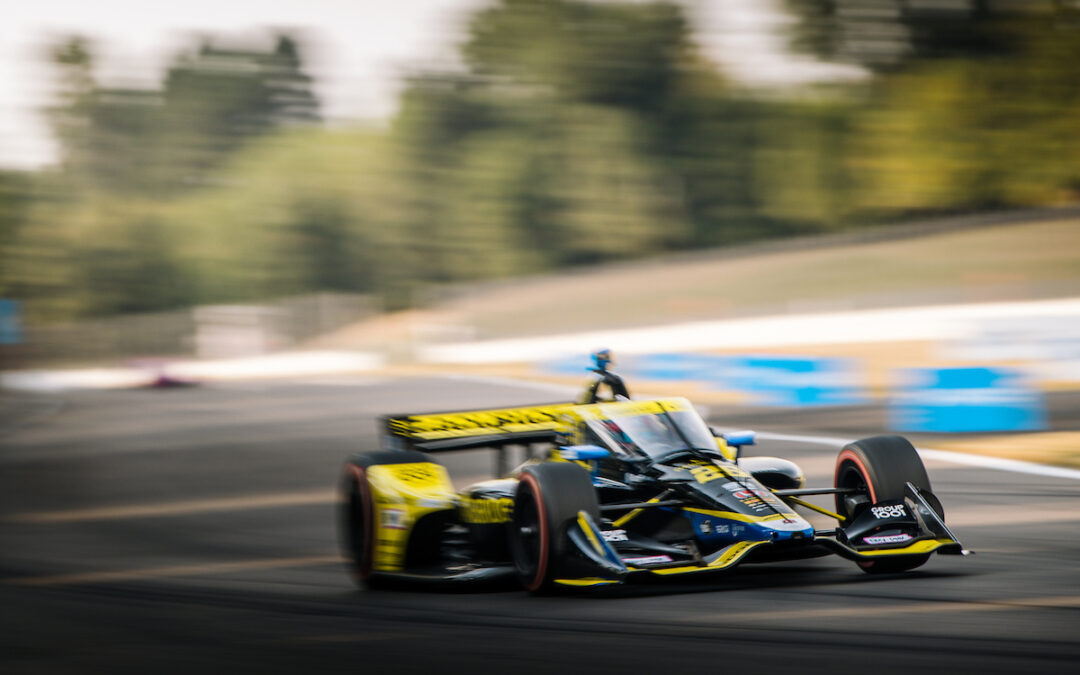 Andretti PR: In the shadow of sprawling evergreens, the Grand Prix of Portland hosted the penultimate round of the 2022 NTT INDYCAR Series season on Sunday. The quadrant of Andretti Autosport Honda entries fought through 110 laps on the 12-turn, 1.964-mile course at Portland International Raceway.

All eyes were on the opening corner, but the side-by-side action remained clean as the field settled into race pace.

The highest finisher of the Andretti Autosport team was Colton Herta in the No. 26 Gainbridge Honda. After qualifying eighth, Herta was promoted one position to seventh as the No. 2 was demoted six-positions following a penalty. The American driver was agile while making smooth, yet quick, passes of the competition. Herta went on to make eight passes for position, including a gain of three positions in a single lap on Lap 17. Herta found himself competing with teammate Alexander Rossi for most of the 110-lap race before completing the day in sixth.

“It was an okay day – nothing great, nothing bad,” said Herta. “We moved up from our starting position and almost got a top five. Seems like the Gainbridge Honda had good speed, but there are a few things that we need to capitalize on going forward. Overall, a positive weekend. Looking forward to defending my wins at Laguna Seca and go for a three-peat there.”